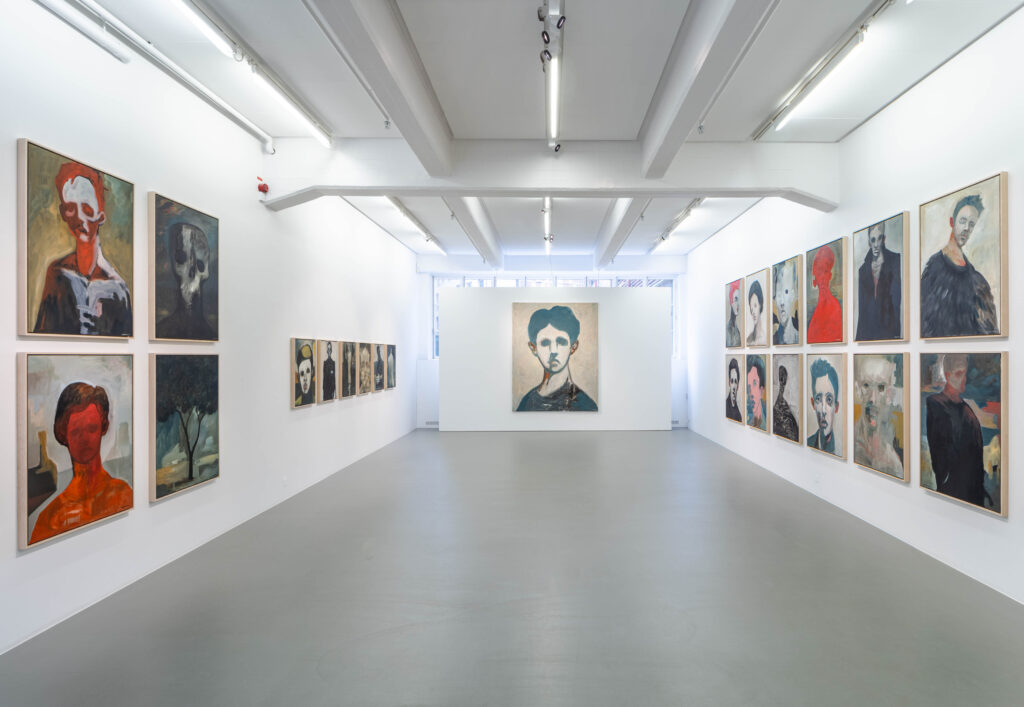 Jesper Waldersten’s exhibition Memories Out of Hand features a new series of paintings as well as a sound piece with texts by Waldersten and the voices of actors Pernilla August and Thomas Hanzon. In addition, a publication with Waldersten’s new texts is launched in connection with the exhibition.

A self-portrait is an expression of an inner and outer dialectic. The who am I? is constantly reversed into who are you? in a selfish dialogue. It is a genre where psychological introspection and social representation move back and forth with the speed of the mind – sometimes including and sometimes rejecting the beholder.

In Jesper Waldersten’s world, the self-portrait, in its written or painted form, turns into an obsessive investigation. A relentless uncovering of weaknesses that spring from imagined (or real?) wounds, stored at the back of the mind, in a childhood memory, or revoked through an impulse caused by a foolish word, a deceptive morning light or an encounter that will not let itself be defined. It is an art that works on the border, constantly balancing in between childhood mysteries and adult fear and where painting and writing is a sought-after tool for release and redemption.

A fundamental question for Waldersten remains the search for the whereabouts of boyhood mysteries, of the loss of the exclusivity of the playroom (turned into the artist studio) and its innocence. This loss, both personal and universal, can only be healed through the adjuration of text and form, in which the artist turns himself into a persistent enchanter. There is heartache in the painting act and in the act of writing. There is heartache in the insight that all things material does not correspond with harmony. And there is heartache in the longing for the healing and the restoration of what a child experiences as unconditional, namely love.

The theme of love is a theme of struggle. It lies in the shadows of the painted and the written, in the constant repetition of the hand driven by a hunger for solution. Love, in its most universal sense, hides in every fold of things. In the paint, on the canvas, behind the desk. Waldersten is on a constant hunt for it. Sometimes he gains but shortly it disappears, leaving confusion and a sense of deception. The adult becomes child (or is it the other way around?) and the world, that for an instant appeared so light, has turned into fear and guilt.

In Waldersten’s art the working process never ceases. It is a protagonist that follows the artwork and engages the spectator into the artist’s own questioning. Shortcomings and limits of the materials turn into metaphors for a constant search that does not see an ending as a goal. 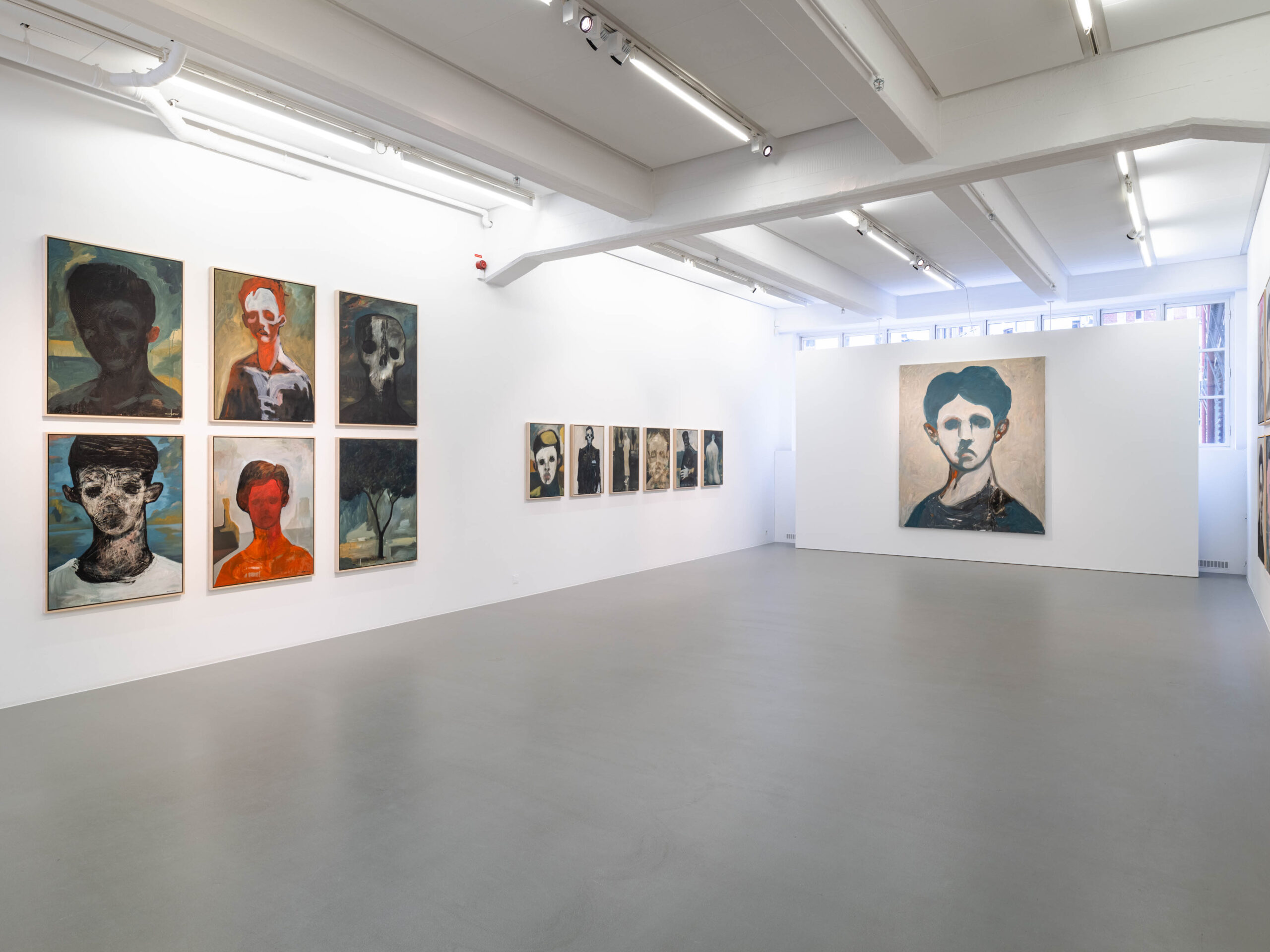 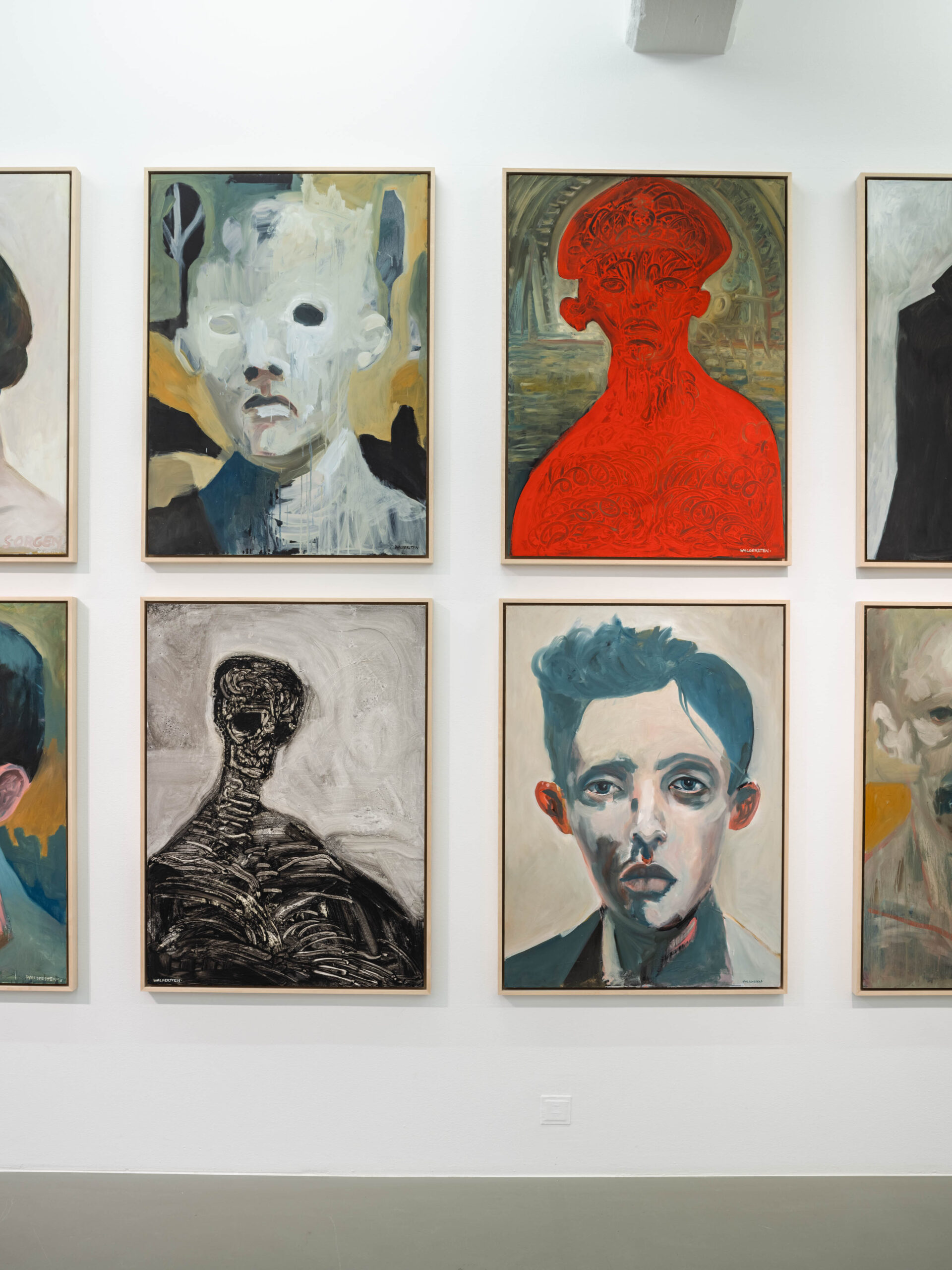 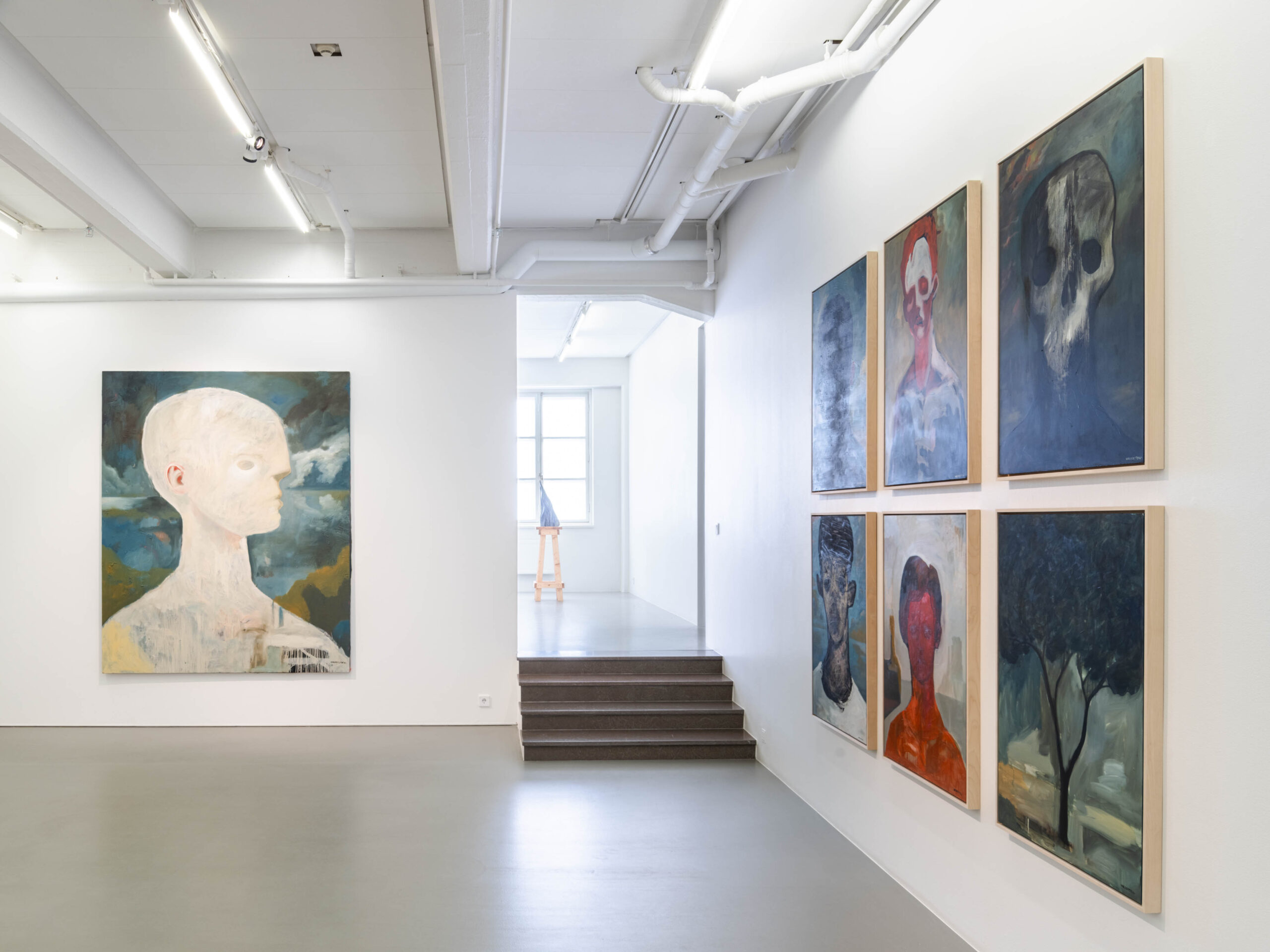 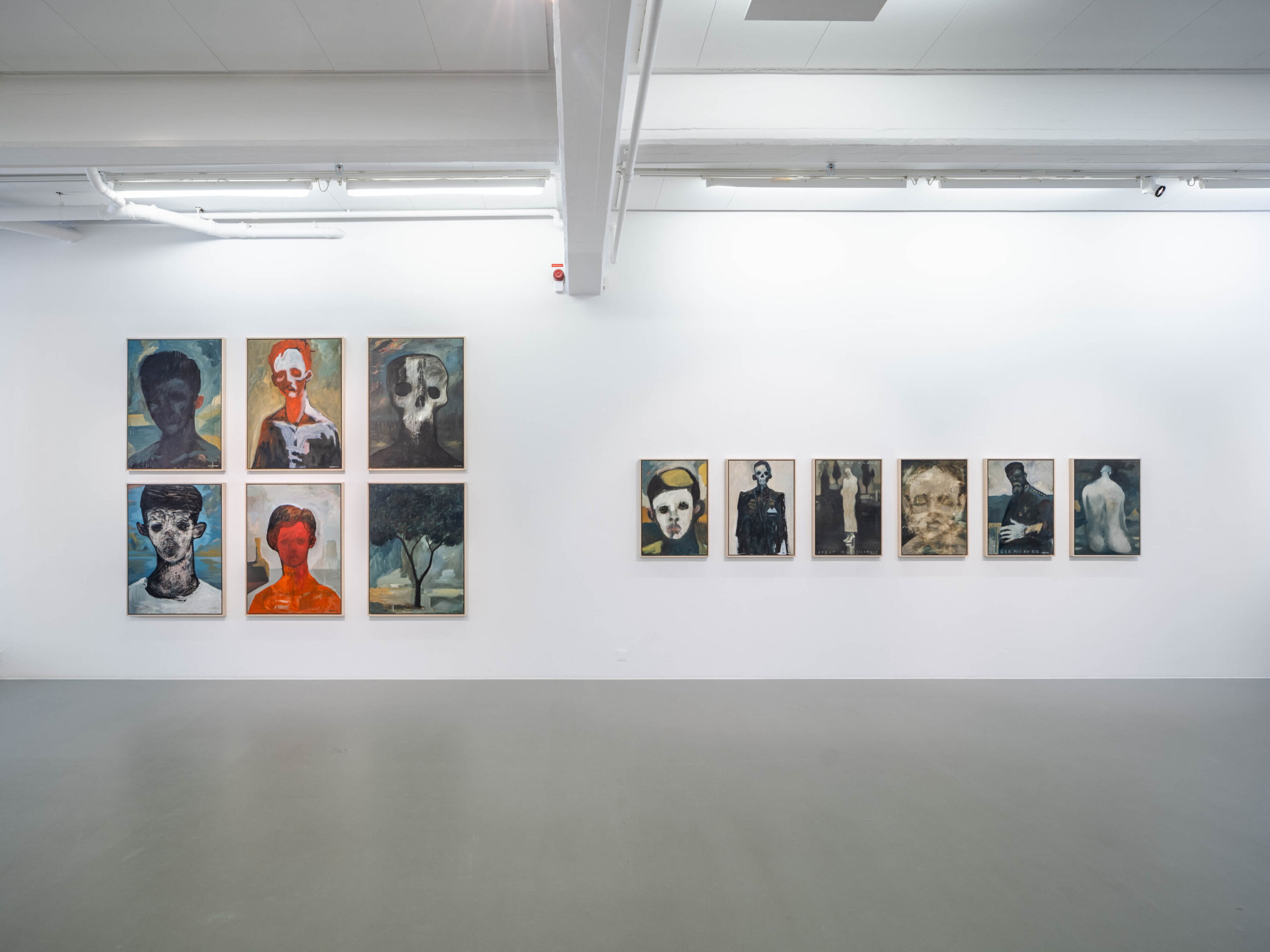 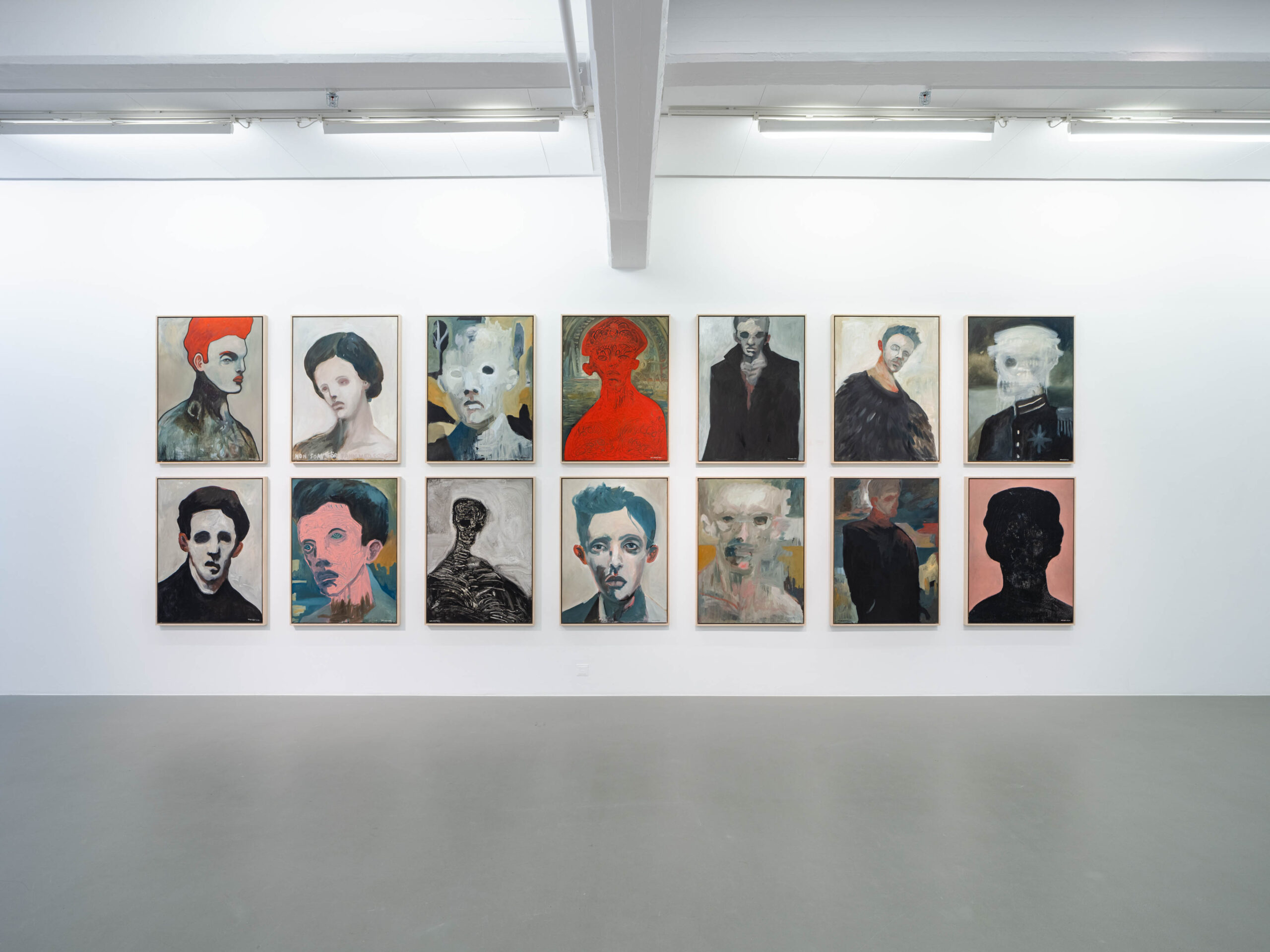